Hubby's Life as a Student

It's been one week since my hubby started school.  I shared last week that my hubby, Ryan was leaving his job and going back to school to study for a different career.  I am so proud of him, he had been in the hospitality business for about 12 years and has been working in the kitchen for the majority of the time.  He had a number of different experience but had been working for the same company for the last 5 years and had opened three new franchises with the owner.  Ryan was a manager and as he said "He needed to burn the place down in order to get fired".  He was a valuable employee and had a great relationship with the owner and the staff, although his philosophy has been to go to work and work not make friends, he has made some good friends along the way which has been a bonus and I think he misses them the most.
Ryan has talked about leaving the industry and trying something new for some time but he wasn't ready to actually make the change.  When I'd ask him why he hadn't taken steps to make a change he would say things like "I don't like change", "what if I don't like my new job?", "what if I am not good at it?" the idea was dead in the water, and I was ok with that, he needed to make the decision to change in his own time.  After months of having this discussion of changing professions with no action one day something got into him and a fire was lit under his toosh and he went head long into researching how to get into his new career. 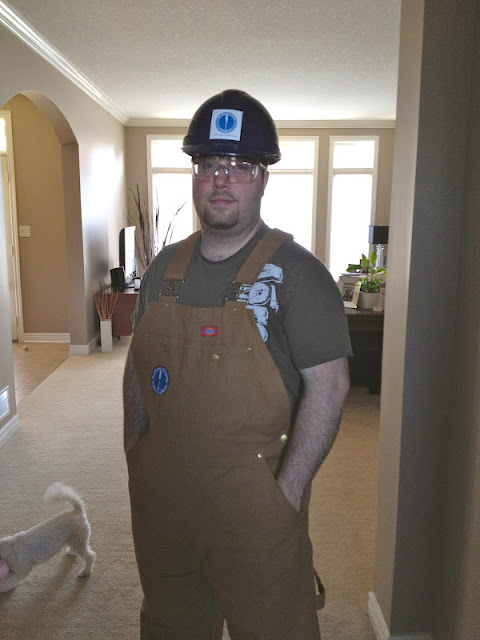 Ryan started his 12 week Network Cabling Specialist program last Monday and had a great first week.  Last week they did a lot of book work and safety training which I am thankful for because safety is important.  He got some of his gear like his hard hat, safety glasses, coveralls and safety boots.  He will also get a number of tools that he will need when he gets out on the job site, he's looking forward to get his hands on his tools and start some hands-on work soon. 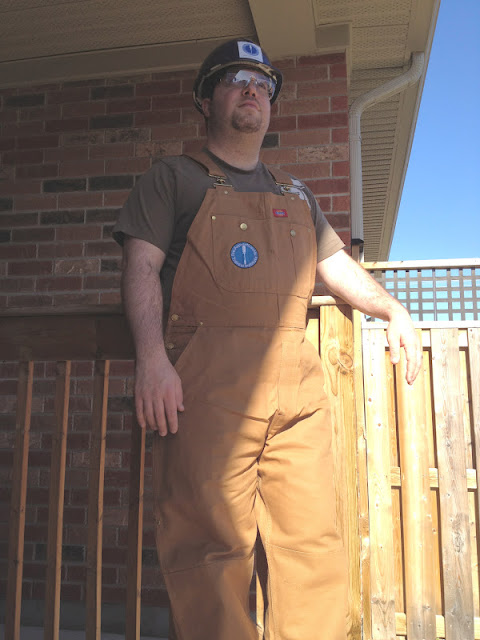 This past week Ryan had to conquer some of his biggest fears, he knew it was going to happen at some point but he wasn't prepared for it to happen during the first week.  Ryan has a fear of heights, as part of the Fall Safe training students had to carry and climb a 40 foot ladder and a 60 foot ladder.  I was so proud to hear that he was able to do them both.... he was shaking in his boots but he did it!


With the first week of school behind him and 11 week still ahead Ryan is excited and eager to learn.
Posted by Christina at 7:00 AM